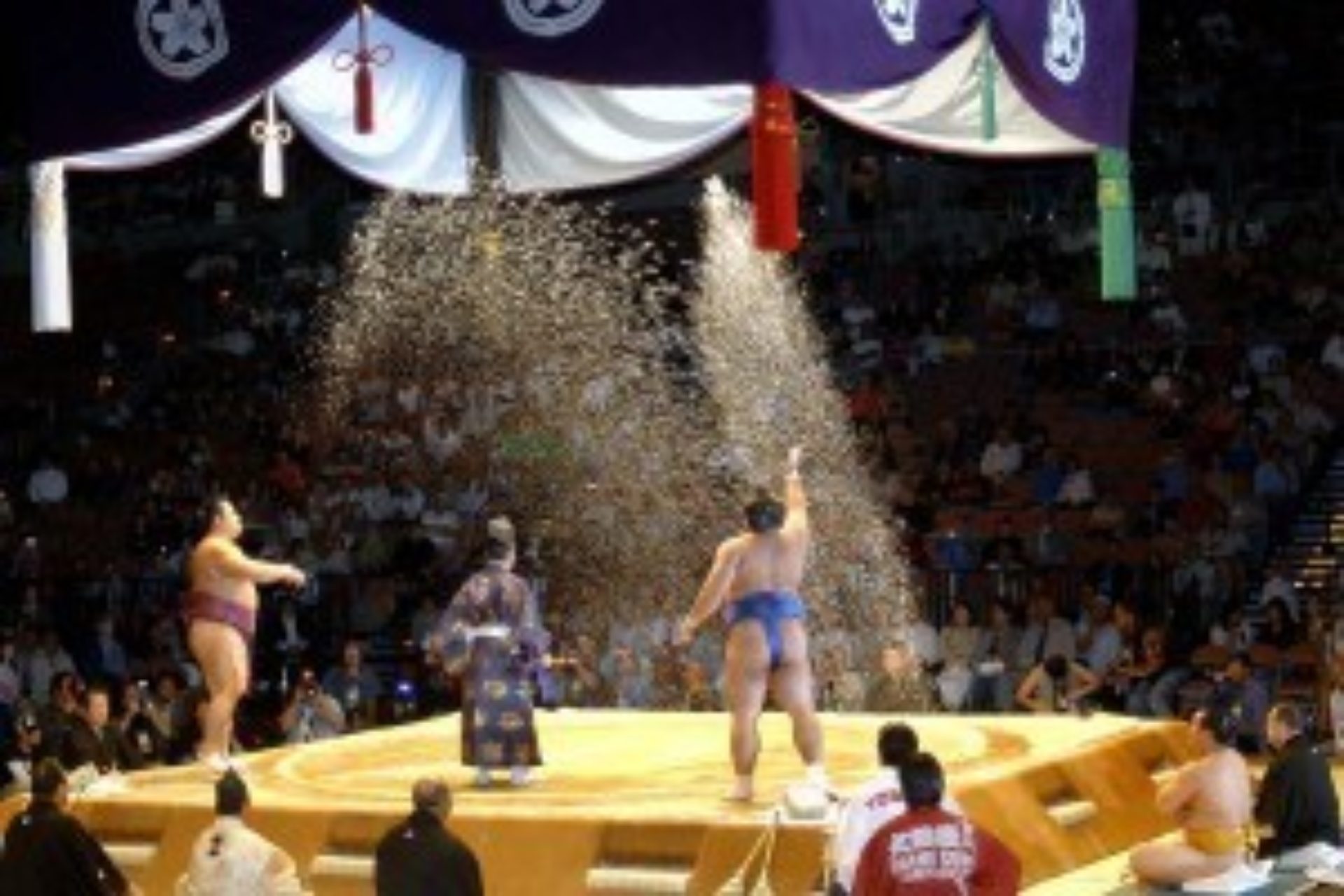 It was Mr Bean’s birthday, and he wanted to enjoy it! What could he do?  “How can I make this important day a happy day?” he thought. “I Know. I’ll go out to a restaurant for dinner this evening! I’ll enjoy that.”

Mr Bean didn’t often eat in restaurants. They were sometimes very expensive. And he sometimes did things wrong when he was in a new or strange place. Oh dear! Life wasn’t easy for Mr Bean!

That evening, Mr Bean put on (to dress oneself in) a clean shirt. He put on his best coat and trousers. He put on his best shoes. Then he drove (past of drive) to a restaurant in the centre of town. He arrived at 8 o’clock and went inside. It was a very nice restaurant. Everybody was wearing their best clothes, and there were flowers on every table.

“I’m going to like it here,” thought Mr Bean. “This is a good restaurant for my birthday dinner.” The manager met him at the door. “Good evening, sir,” he said. “How are you? Would you like a table for one?” “Yes, please,” said Mr Bean.

“Why is he taking my chair away?” thought Mr Bean. “What’s he doing?” And he pulled the chair away from the manager and sat down quickly.

When the manager went away, Mr Bean sat quietly for a minute. Then he remembered something. He took a birthday card and an envelope out of his jacket. Next, he took out a pen and wrote “Happy Birthday, Bean” inside the card.

Then he put the card into the envelope and wrote his name on the outside of it. He put it on the table, and put his pen back into his jacket.

After a minute or two, Mr Bean pretended to see the card for the first time. “Oh! A card  –  for me?” he said. He opened the envelope and took out the card. He read it carefully. “Now that’s nice!” he said. “Somebody remembered my birthday!”

And he stood the card on his table. The manager arrived with the menu and gave it to Mr Bean. Mr Bean started to read it. “Oh, dear!” he thought. “Everything’s very expensive! What can I have?”

Mr Bean got out his money. He had a ten-pound note and some coins. He put the money on to a plate. “How much have I got?” he said, and he moved the money round on the plate. “Ten, eleven …And forty, fifty, fifty-five! Eleven pounds and fifty-five pence.”

He looked at the menu again. What could he eat for eleven pounds fifty-five? The manager came to his table. “Are you ready, sir? “ he asked.

Mr Bean sat and looked round the restaurant. There were a lot of people in the room. There was a man and a woman at the next table. They ate and talked. Suddenly, a waiter arrived at Mr Bean’s table with a bottle of wine.

“Would you like to try the wine, sir?”  he said. “Oh, yes please,” said Mr Bean. The waiter put some wine in Mr Bean’s glass and Mr Bean had a drink. It was very nice! He smiled, and the waiter tried to put more wine into the glass.

Of course, the waiter was right. First, the customer tries his wine. When he is happy with it, the waiter gives him more wine. But Mr Bean didn’t know this, and he quickly put his hand across the glass.

“No, thank you,” he said. “I don’t drink wine when I’m driving.” The waiter looked at him strangely  –  and walked away. He didn’t say, “Why did you try the wine when you didn’t want it, you stupid man!”

The woman at the next table looked at him angrily, and Mr Bean quickly moved the knife. Next, he hit the glasses and plate on his table with it. Ping, ping, ping they went! And after a minute, he played the song “Happy Birthday” on the glasses. He smiled and thought, “I’m very clever!”

But the woman at the next table didn’t think, “That’s clever!” or “Oh yes, that’s funny!” She thought, “That man’s really stupid!” And she looked hard at Mr Bean.

Mr Bean put the knife down and looked at his napkin. “It’s a very nice napkin,” he thought. The waiter saw Mr Bean looking at his napkin. He didn’t say anything, but suddenly  –  flick! (a sudden sharp movement)   –  he opened it for Mr Bean. “That’s clever,” thought Mr Bean. “I’ll try that!”

And he began to move his napkin. Flick! Flick! Flick! Suddenly, the napkin flew out of his hand. It flew across on to the next table. The woman at the table looked round again. But Mr Bean pretended not to see her. His face said, “It’s not my napkin!”

A minute later, the waiter arrived with his food. There was a large cover on the plate and Mr Bean couldn’t see the food. But he gave the waiter the money on the table. Customers don’t usually give a waiter money when he arrives with the food. But the waiter didn’t say anything. He took the money and put it in his jacket.

Mr Bean was happy. “I’m doing everything right,” he thought. The waiter took the cover off the plate and walked away. Mr Bean looked at the food in front of him. He put his nose near the meat and smelled it. Then he put his ear next to it.

“What’s this?” he thought. He put some of the meat into his mouth. Suddenly, the manager arrived at his table. “Is everything all right, sir?” he asked. “Are you happy with everything?”

“Mmmmm,” said Mr Bean. He smiled. The manager smiled, too. He walked away  –  and Mr Bean’s face changed. There was no smile now. “Aaah!” he thought. “They didn’t cook this meat.”

But he had to eat it. “I don’t want people to think that I’m stupid,” he thought. “But I’ll never ask for steak tartare again! Never!”

He pushed his plate away. But then the waiter went past his table. “Is everything all right, sir?” he asked. “Oh, yes,” said Mr Bean. He smiled. “Yes, everything’s very nice, thank you.”

He smiled and pretended to eat some meat. But the waiter went away before Mr Bean put it into his mouth. “What can I do with it?” he thought. “I can’t eat this. Where can I hide it?”

Then he had an idea. Carefully, he put the meat into the mustard pot and put the cover on it. “Where can I put some now?” he thought. “I can’t eat it, so I’ve got to hide all of it. Oh, yes, the flowers!”

He took the flowers out of the vase. But then the manager went past, so Mr Bean pretended to smell the flowers. “Mmm, very nice!” he said. The manager smiled and walked away.

Quickly, Mr Bean put some meat into the vase and pushed the flowers in on top of it. He looked round the table. “Where next?” he thought. “Yes! The bread!” He took his knife and cut the bread roll. Then he quickly ate the middle of it. Now he could push some meat inside the roll. He did this, then he put the roll down.

He looked at the meat on his plate. “There’s a lot of it,” he thought. “Where can I hide it now?” He looked at the small plate on the table. Perhaps he could hide some meat under the plate. He looked round.

“Nobody’s watching me,” he thought. So he took more meat from the big plate in front of him, and put it under the small plate. Then he pushed down hard with his hand.

The waiter walked past his table again. Mr Bean smiled at him and put his arm on the plate. After the waiter went away, he pushed down on the small plate again.

“That’s better,” he thought. “Now you can’t see the meat. Good. But there’s more meat. Where can I hide it?” He looked round the table. “The sugar pot!” he thought. “But it’s got sugar in it. What can I do?”

He thought quickly, then he put some sugar into a wine glass. Next, he put some of the meat into the sugar pot. Then he put the sugar from the wine glass on top of it. “Good!” he thought. “Nobody can see it in there.”

Suddenly, Mr Bean could hear music. “Where’s that coming from?” he thought. He looked round  –  and saw a man with a violin. After a minute or two, the man came across to Mr Bean’s table and played for him.

Mr Bean smiled. “This is nice,” he thought. Then the man saw Mr Bean’s birthday card, and the music changed. The man started to play “Happy Birthday!”

The people at the other tables looked round when they heard the song. “Who’s having a birthday?” they thought. Then they saw Mr Bean and smiled at him. Mr Bean smiled back at them.

“I’ll have to eat some,” thought Mr Bean. “He’ll only go away when I eat it.”  So he put the meat into his mouth. And the man with the violin turned away to the next table. The meat was in Mr Bean’s mouth, but he didn’t want to eat it.

He wanted to put it somewhere. But where? He looked at the man with the violin. He moved quickly. He pulled open the back of the man’s trousers and opened his mouth. The meat fell inside the trousers!

Nobody’s eyes were on Mr Bean. He saw this, and he had an idea. Mr Bean quickly took the woman’s bag from the floor. He opened it and pushed some meat inside it. Then he put the bag on the floor again.

But when he did this, he accidentally put his foot out. The waiter walked past with some plates of food  –  and he fell over Mr Bean’s foot. The plates fell on to Mr Bean’s table, and on to the floor. There was a loud CRASH!, and the people at the other tables looked up quickly.

“What happened?” they said. Then they saw the waiter on the floor. “Oh, dear!” they said.

Now Mr Bean had another idea. Here was the answer to his problem. He moved very quickly. He pushed the meat from his plate on to the table with the other food. Then he pretended to be very angry. “Look, you stupid man!” he said to the waiter. “Oh, look at this!” The waiter got up from the floor.

The manager opened Mr Bean’s napkin. Then he got the birthday card from the other table. He put it on Mr Bean’s clean table. “Thank you,” said Mr Bean. The man with the violin came across and played “Happy Birthday” to him again. Mr Bean smiled. Now everything was all right.

“Now I can start again,” he thought. “And this time I’ll do everything right.” The waiter arrived at Mr Bean’s table. He put a plate in front of Mr Bean. The manager smiled and took off the cover. Mr Bean looked down. And he stopped smiling. There, in front of him, was a very large plate  –  of steak tartare!